This is an interactive and multifaceted post from SoundEagle🦅 to you. The subject is marble, presented through the media of text, art, graphics, games, history, music and videos, then culminating in the two computer games for your amusement and challenge!

Typically made from glass, clay, pottery (including bennington and china), steel, plastic or agate, and sometimes even wood, stone or papier mache, a marble is a versatile and often attractive sphere used in ball games, street or playground games, board games, jewellery, art glass, decorative vases, spray paint cans and other industrial applications. Rare, vintage, handmade, specialty and art marbles are avidly collected by aficionados.

Marbles have been featured in family-oriented movies such as Goonies, Hook and Home Alone.

Ancient marbles were usually made of clay, stone or glass, and were deemed to be originated in Harappan civilization in Pakistan near the Indus river. Stone marbles were found on excavation near Mohenjo-daro; whereas clay marbles were discovered in the tombs of ancient Egypt, and in Native American burial grounds and ancient Aztec pyramids. Marbles are often mentioned in Roman literature. According to MarbleCollecting.com:

Marbles, round spherical objects apparently used to play games, have been in existence for at least the past 3,000 years. They have been found in Egyptian pyramids and in North American indian mounds. An annual marble tournament has been played in Tinsley Green, England on Good Friday for at least the past 300 years. And the United States National Marbles Tournament is still held the third weekend of June in Wildwood, New Jersey.

The first marbles were round stones, nuts or fired pieces of clay and pottery. The Pretty Little Pocket Book, a Newberry book, reprinted by Isaiah Thomas in 1787, contains a verse on playing marbles. William Blake, in his book of prose, Songs of Innocence (1798), painted an illustration of three boys playing marbles for his poem “The Schoolboy”. An original copy of this can still be viewed at the British Center for Art at Yale University. This is one of the earliest known illustrations of glass marbles.

Expensive handmade antique glass marbles were produced mostly in Germany from 1860 to 1914. Mass production of inexpensive ceramic marbles commenced in the 1870s. In Akron, Ohio, the first mass-produced toy (clay) marbles came from S C Dyke in the early 1890s, whilst some of the earliest glass marbles were produced by James Harvey Leighton, and also later, by Martin Frederick Christensen on his patented machine in 1903. The M F Christensen & Son Co. manufactured millions of toy and industrial glass marbles until they ceased operations in 1917. Started by Akronites in 1911 at Clarksburg, West Virginia, Akron Agate was the next company to enter the glass marble market.

Marbles have since become a favourite game amonst children as much as bowling, billards and snookers are the staples of adult games involving hitting balls with precision. Nowadays, computer games, mobile devices, social media, modern entertainments, high-tech toys and other distractions have eroded the popularity of many ball games, including marbles. As a result, and alongside the outcomes of market outsourcing, offshoring and globalization, there are only two American-based toy marble manufacturers: Jabo Vitro in Reno, Ohio, and Marble King in Paden City, West Virginia.

Outside the United States of America, Vacor de Mexico is the largest maker of machine-made marbles, producing over 90% of the marbles in the world. It has an office in Kansas City, Montana. According to MarbleCollecting.com:

In 1905, Martin F. Christensen of Akron Ohio hit upon the idea to use a machine to produce “perfectly round spheres”. This provided the Americans with the ability to compete with the Germans on two fronts. First, their marbles were superior for shooting. Because they were made by machine, and not by hand, they had no pontils. This greatly aided a marble shooter because he did not have to be concerned with the irregularities of a slightly out of round handmade marble with rough ends when trying to shoot a straight line. Second, the use of machinery allowed the Americans to greatly reduce their unit cost of production. Thus prices could be lowered and American marbles could compete with the Germans.

By the mid-1920’s, the Germans were effectively out of the marble-making business. Almost all marbles were made by machine in the United States. The following two decades saw what is described as “The Golden Age of Machine Mades”. The large marble makers of the time began to compete with each other to produce more unique designs and more colorful marbles each season. This period of time saw the introduction of Akro Agate corkscrews and Popeyes, Peltier National Line Rainbos, swirls and Peerless Patches, and the rise and fall of The Christensen Agate Company. By the Great Depression, Akro Agate Company and Peltier Glass Company had become the largest producers of marbles. With the advent of the Great Depression, marble manufacturers became more cost conscious and brightly colored marbles began to disappear from the scene.

To enter and experience the sonic dimension, please turn on your finest speakers or headphones, as this webpage is now loading and playing music to you automatically . . . .

May you enjoy the fun and challenge of playing marbles via the two computer games provided near the end of this post!

Some handmade beads can be classified as marbles. Numerous cat’s eyes are mass-produced in the Far East. Craftsmen and artisans in many parts of the world produce marbles utilizing the rod or cane method of glass making, whilst lampworkers create small marbles deploying bead-making techniques.

Art marbles are high quality collectable marbles arising out of the art glass movement. They are sometimes referred to as contemporary glass marbles to differentiate them from collectible antique marbles, and are spherical works of art glass. Contemporary glass artists are making some spectacularly beautiful marbles, and collectors are snatching them up, especially oversized pieces that can be displayed easily.

Dichroic glass is a very popular choice with glass artists today, especially so when creating marbles, because of its properties of having more than one color and when viewed from different angles, has a sparkle effect, much like a cut gemstone. Dichroic glass is actually a product created by the space industry, and was first used as an interference filter for precise scientific measuring. To create this effect, glass artists use a thin layer of metallic oxides including magnesium, silicon and titanium at high temperatures

Vortex marbles are a very popular style created by forming a cone at the end of a rod of clear glass, typically borosilicate or scientific glass. Various patterns are created on the outside of this cone, a spiral being the most popular. This is encased to create a hemisphere. More patterns are usually added to the outside. The opposite side is turned into a lens and the entire piece is shaped into a sphere. This style was created by Kevin O’Grady circa 1994. O’Grady is a pioneer in the contemporary glass marble movement.

The 1970’s and 1980’s also saw the beginnings of a resurgence in hand made marble making by a few American craftmen.

Recently, marble playing has begun to exhibit a comeback, with sales of marbles in toy stores increasing by 40% over the past few years. Also, we have begun to enter a renaissance of hand made contemporary marbles, handcrafted by modern glassmakers.

The following videos show the intricacies of art marbles as well as the prodigious imagination and exquisite craftsmanship of some superb marble makers. Many subjects or designs are possible, though the selections below focus on cosmic, extra-terrestrial, astronomical or cosmological themes.

Whilst marbles are infrequently encountered and used in physical games (mostly for children) nowadays, they are still occasionally favoured as playing pieces in some well-crafted, collectable boardgames. The wooden boards can be made of cherry, walnut, oak, alder, maple, ash, hickory, mahogany or other hardwood. The design and beauty of the game boards seem to rival those of the marbles.

The following videos not only show colourful marbles but also demonstrate the rules and instructions for playing those boardgames. It is noteworthy that variations and flexibilities in the rules can impart additional freshness and vitality to the participatory outcome and experience provided by the games.

Listed below is a selection of websites and forums for marble enthusiasts, players, artists, collectors and makers: 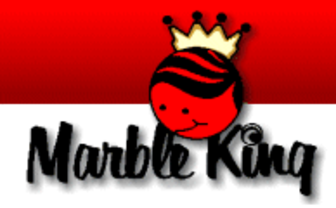